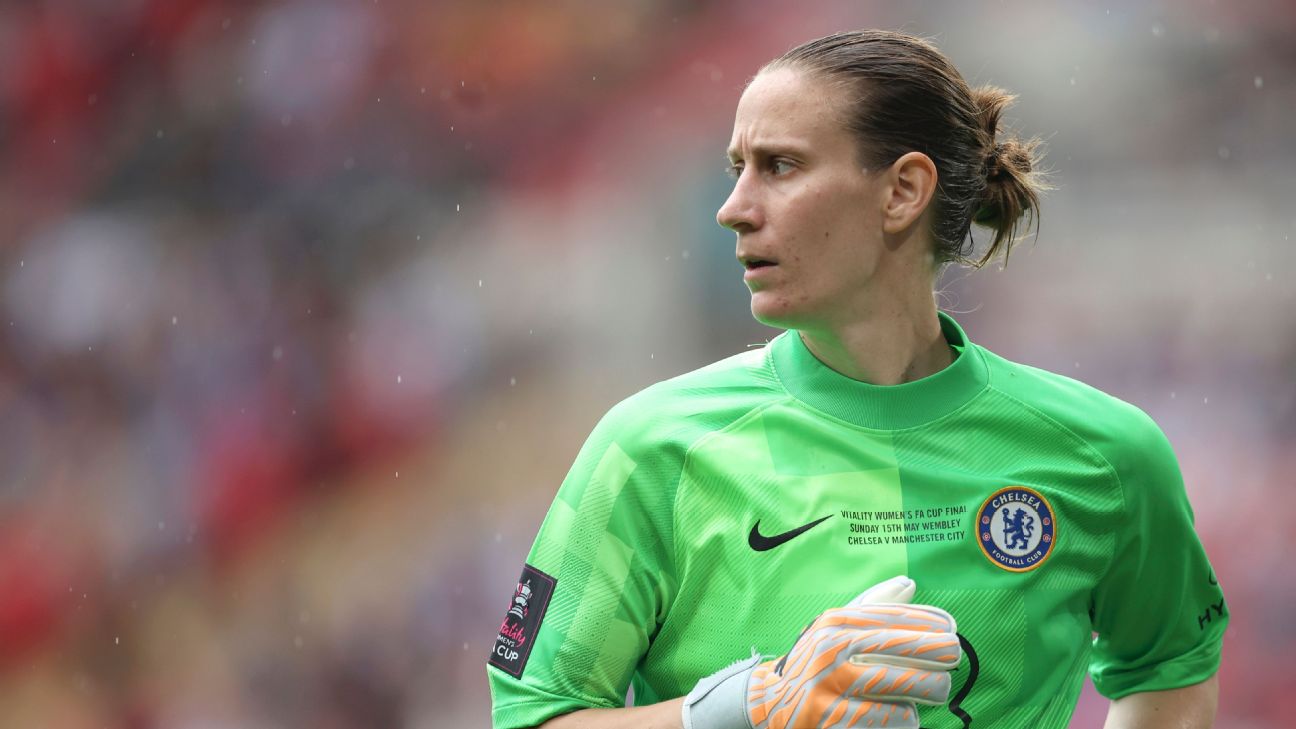 Chelsea and Germany goalkeeper Ann-Katrin Berger says her thyroid cancer has returned after having been in remission for four years.

Berger was first diagnosed in 2017, when she was playing for Birmingham City, and made a full recovery within four months.

The 31-year-old keeper, who was in the Germany squad that finished as runners-up at last month’s European Championship, says she will begin treatment this week.

“I’ve said before that as a sportsperson you have to fight every day to be the best you can be and that’s something I will continue to do,” she said in a statement.

“I hope by sharing my journey I can help others that find themselves in a similar situation.

“I am working closely with my club doctor and specialist in London and my treatment will start this week.

“I remain positive that my treatment will be as effective as last time and I’m looking forward to returning to the pitch and seeing you all at Kingsmeadow and Stamford Bridge.

Berger has been a key part of the Chelsea squad that has won the last three Women’s Super League titles and won the golden glove for the 2020-21 season.

“Everyone at Chelsea is behind her during this difficult time and the club will provide any support we can to help her make a speedy recovery,” the club said.

“We look forward to seeing her back between the posts for the Blues as soon as possible.”

Chelsea will begin their title defence at home against West Ham when the WSL kicks off in September.