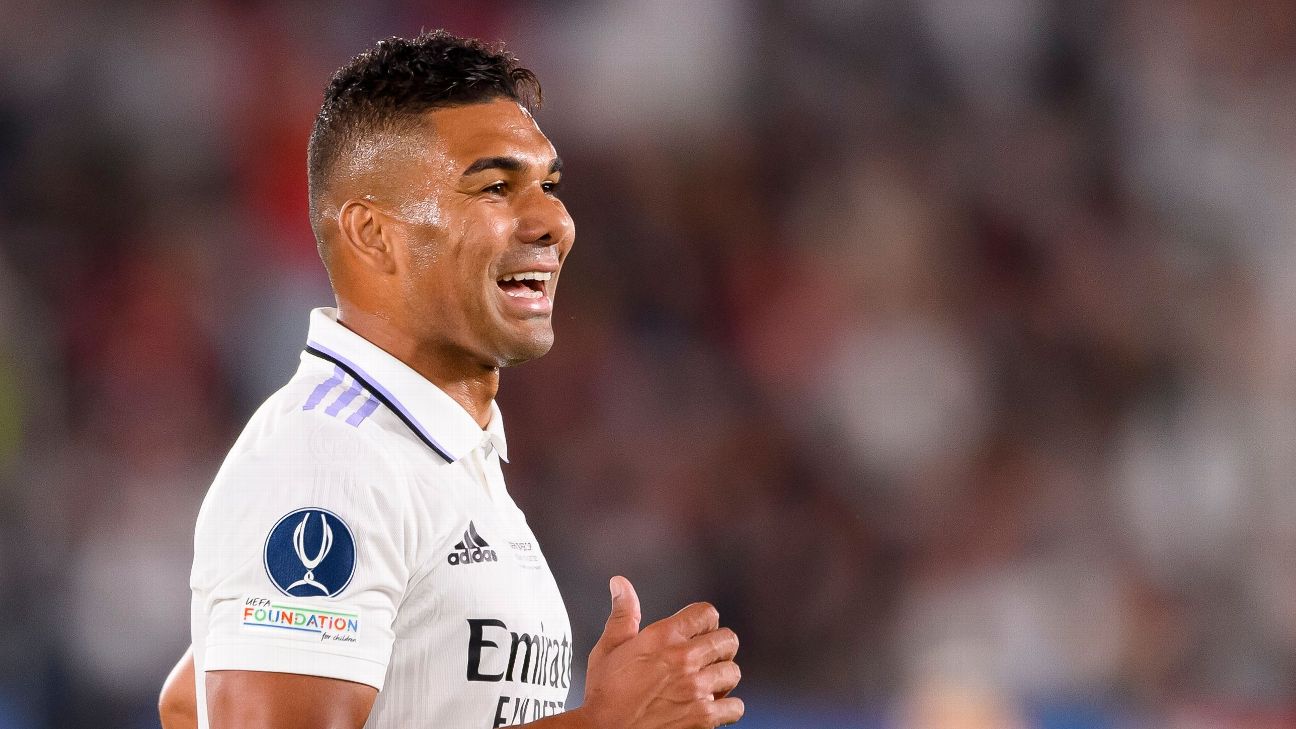 Manchester United have announced an agreement with Real Madrid to sign midfielder Casemiro. The transfer is subject to the agreement of personal terms, UK visa requirements and a medical, United said Friday.

Sources have told ESPN the deal is worth an initial €60 million, with €10m in potential add-ons. He is expected to sign a four-year contract with an additional one-year option.

Real Madrid also confirmed the agreement in a statement, adding that there would be a farewell event for Casemiro held on Monday.

“Real Madrid want to experience its thanks and affection for Casemiro, a player who is now part of the legend of this club,” the statement read. “Since his arrival in January 2013 at the age of 20, Casemiro has been one of the most important players in one of the most successful eras in our history… An exemplary player who has given everything for Real Madrid. Real Madrid is and will always be his home.”

The addition of Casemiro would represent a breakthrough in United’s long search for a midfielder. The club previously agreed a fee with Barca of around €85 million for De Jong, sources told ESPN in July, but a move for the Netherlands international has stalled over his preference to remain at Camp Nou. United then opened negotiations over a move for Juventus‘ Adrien Rabiot, but talks broke down due to the midfielder’s wage demands, turning the club’s attention to Casemiro.

The Brazil international had initially decided not to leave Madrid, but sources told ESPN that he changed his mind, with United offering him a higher salary than he received at Madrid. Sources added that while Casemiro will be one of United’s top earners, he has not doubled his salary by moving to Old Trafford.

He reported to training on Friday before Real Madrid boss Carlo Ancelotti confirmed the 30-year-old had told him he wanted to leave the Bernabeu.

“We’ve spoken this morning. He wants to try a new challenge, a new opportunity. I understand this, also the club does,” Ancelotti said.

“Because of what he’s done for this club and for this team, we need to be respectful of this.”

Casemiro began his career at Brazilian side Sao Paulo and joined Madrid in 2013, where he won five Champions League titles during his nine-year spell in the Spanish capital.

Having been a key player at Madrid in recent years, Casemiro faced competition for his place in the starting XI after the club’s €80m signing of Aurelien Tchouameni this summer, and had sought assurances from coach Carlo Ancelotti about his role in the team this season before deciding to accept United’s offer.

Sources told ESPN that United are still hoping to add further players to the squad before the Sept. 1 transfer deadline.