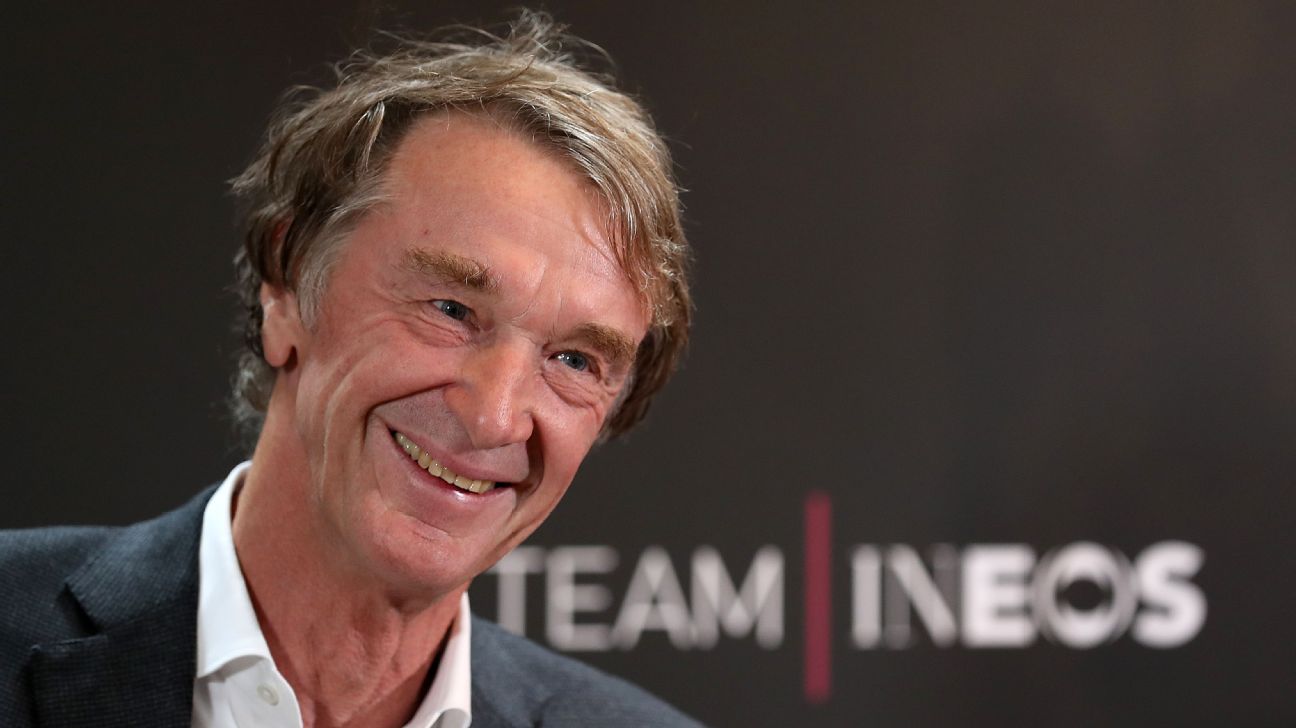 British billionaire Jim Ratcliffe would be interested in buying Manchester United if the club was for sale, sources confirmed to ESPN on Wednesday

A spokesperson for Ratcliffe earlier told The Times of his desire to buy into the Premier League giants.

“If the club is for sale, Jim is definitely a potential buyer,” Ratcliffe’s spokesperson said. “If something like this was possible, we would be interested in talking with a view to long-term ownership.”

– After Elon Musk jokes about Man United takeover; which billionaire should buy the club?
– Don’t have ESPN? Get instant access

Ratcliffe’s comments follow a report from Bloomberg on Wednesday that Manchester United’s owners, the Glazer family, would consider selling a minority stake in the club. Tesla CEO Elon Musk earlier said his plan to buy the Premier League club was all part of “a long-running joke.”

Ratcliffe, who owns petrochemicals giant Ineos, made a late unsuccessful bid of £4.25 billion to buy Chelsea earlier this year before it was ultimately sold to an investment group led by Todd Boehly and Clearlake Capital.

However, he is from the Manchester area and a long-standing fan of the club.

“This is not about the money that has been spent or not spent. Jim is looking at what can be done now and, knowing how important the club is to the city, it feels like the time is right for a reset,” the spokesperson added.

Information from ESPN correspondent Rob Dawson and Reuters was used in this report.