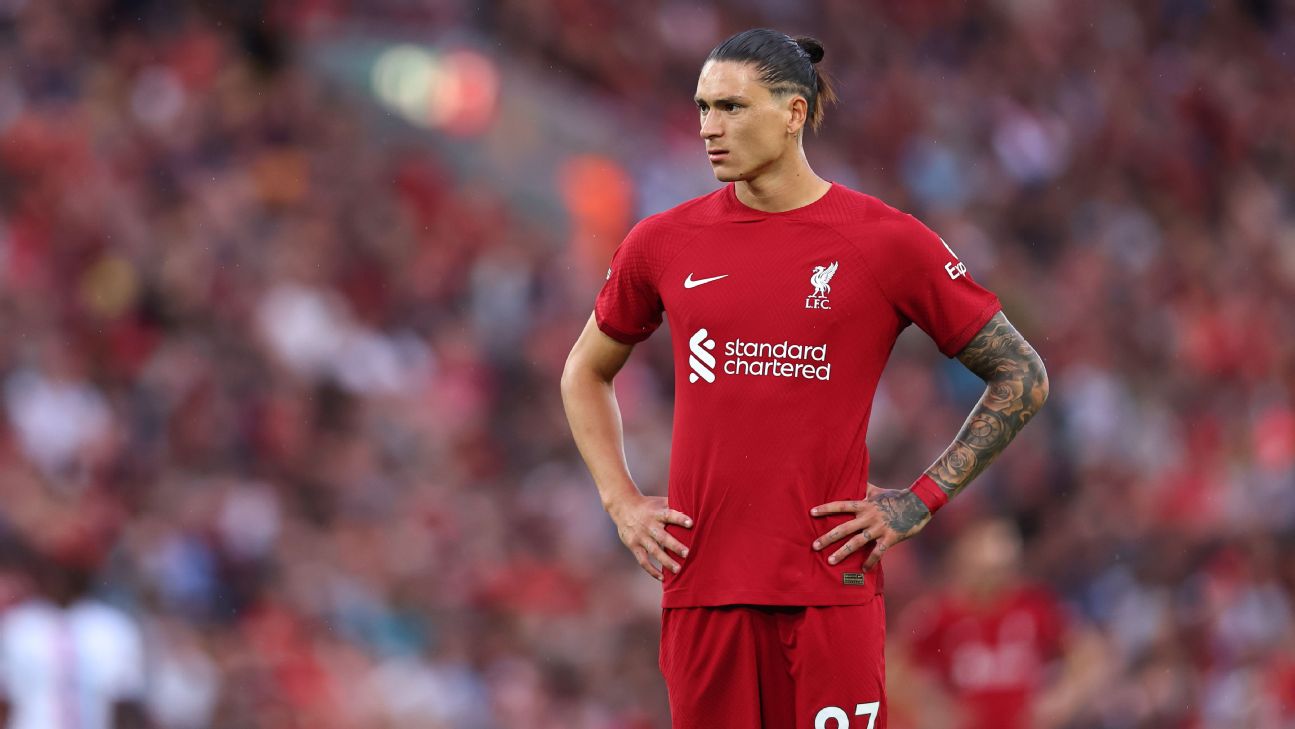 Liverpool defender Virgil van Dijk has said new signing Darwin Nunez must “control himself” after he was sent off on his home debut in the 1-1 draw against Crystal Palace on Monday.

The striker was shown a straight red card after headbutting Palace defender Joachim Andersen in the second half with Liverpool trailing following Wilfried Zaha‘s strike.

The hosts managed to salvage a point after Luis Dias‘ stunning equaliser but Van Dijk has urged Nunez to learn from his mistake.

“He has to control himself, definitely,” Van Dijk told reporters after the game. “He has to manage himself. He has to be knowing that these things can happen, especially in the Premier League.

“It will be a learning curve for him and hopefully it will never happen again. Obviously he was disappointed and also probably with himself.

“But it’s a learning curve and we will always back him. He’s got the backing from us and he knows it should not happen again and hopefully it will be that way.”

Nunez, who joined from Benfica for an initial fee of €75 million, will be suspended for Liverpool’s clash at Manchester United next week.

Liverpool boss Jurgen Klopp, who had hit back at Nunez’s critics before the game, is now facing a striker crisis with Roberto Firmino and Diogo Jota already missing through injury.

“It’s really tricky in a moment with injuries and players with little things and how you manage them and all those kinds of things,” Klopp said in his postmatch interview.

“We have to use the next week to maybe bring one or two back. I’m not sure if we can do that. But now we lost Darwin today. That doesn’t help. Bobby [Firmino] might be ready for next week,” he added.