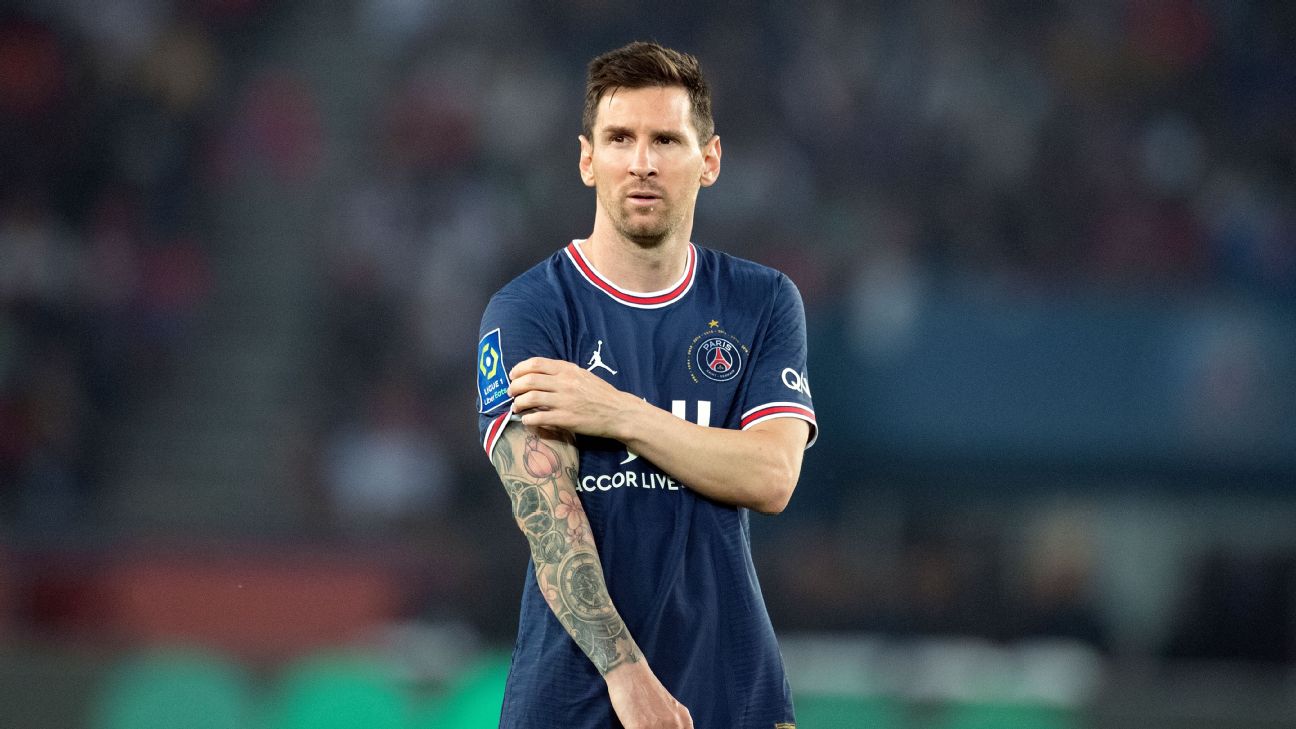 Lionel Messi has been left off the 30-man list of Ballon d’Or nominees for the first time since 2005 after the contenders were announced by France Football on Friday.

Real Madrid striker Karim Benzema leads the nominees as he bids to win the first Ballon d’Or award of his career. Cristiano Ronaldo, Robert Lewandowski, Erling Haaland were also included in the list of this year’s nominees.

There was also no place for Messi’s Paris Saint-Germain teammate Neymar.

Last year’s winner Alexia Putellas is one of five Barcelona players on the list despite suffering a serious knee injury on the eve of this summer’s European Championships, while there are spots for three players who helped England to Euros glory, Millie Bright, Lucy Bronze and Beth Mead.

The big surprise, though, came in the men’s nominees when Messi’s run of 15 consecutive nominations, featuring seven wins, comes to an end after a disappointing first season at PSG following his shock move from Barcelona last year. The 35-year-old scored just 11 goals in all competitions last season.

The 34-year-old finished the 2021-22 campaign as LaLiga top scorer with 27 goals while he scored in every Champions League knockout round, and also missed out on scoring in the final after seeing a goal disallowed.

He also picked up silverware on the international stage after helping France clinch the UEFA Nations League in October with a goal in the 2-1 victory over Spain.

The striker is the favourite to pick up the Ballon d’Or after the award decided to undergo radical changes this year.

Messi’s 2021 success over Lewandowski was a controversial pick in the eyes of the football world and France Football later announced that the award period will fall in line with the main European season rather than entire calendar year.

Liverpool‘s Mohamed Salah has also been nominated for the award after a stellar campaign. The forward shared the Premier League Golden Boot with fellow Ballon d’Or nominee Tottenham Hotspur‘s Son Heung-Min and was named the Professional Footballers’ Association Player of the Year. He also took the top honour from the Football Writers’ Association.

Real Madrid’s Champions League final hero Thibaut Courtois leads the nominees for the Yachine Trophy given to the best goalkeeper.