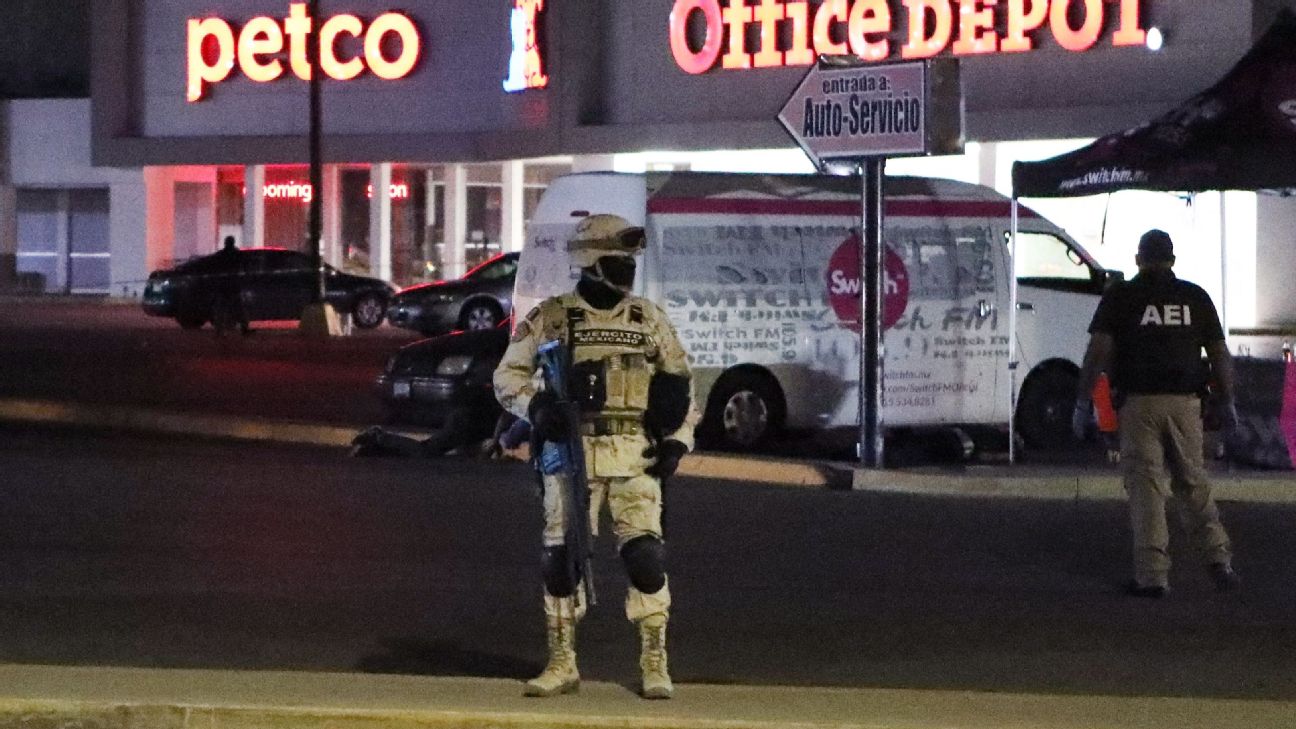 Saturday’s Liga MX match between FC Juarez and Pachuca has been postponed due to cartel violence that has broken out in the Mexican city of Juarez, Mexico’s top league announced Friday.

The surge in violence recalled a far more deadly period in Juarez more than a decade earlier. Mexico’s powerful drug cartels commonly use local gangs to defend their territory and carry out their vendettas.

Hundreds of Mexican soldiers were sent to Juarez Friday in an attempt to restore order, Reuters reported.

Liga MX responded to the violence by postponing Saturday’s home game for FC Juarez against Pachuca. No alternative date has yet to been set for the Week 8 match.

“Given the circumstances that our city is going through, it was determined in conjunction with the LIGA BBVA MX to reschedule our corresponding match for Week 8,” read a statement from FC Juarez about the postponement.

“The safety of our fans, players and staff is what’s most important.”

The federal government’s security undersecretary, Ricardo Mejia Berdeja, said the violence started inside the state prison after 1 p.m. Thursday, when member of the Mexicles gang attacked members of the rival Chapos.

Two inmates were killed and 20 injured.

Then suspected gang members outside the prison began burning businesses and shooting up Ciudad Juarez.

“They attacked the civilian, innocent population like a sort of revenge,” President Andrés Manuel López Obrador said. “It wasn’t just the clash between two groups, but it got to the point in which they began to shoot civilians, innocent people. That is the most unfortunate thing in this affair.”

Mejia said four employees of MegaRadio who were broadcasting a live promotional event outside a business were killed in the shooting.

Chihuahua state Attorney General Roberto Fierro Duarte said that a boy wounded in a shooting at a convenience store died later at the hospital, two women were killed in a fire at another gas station convenience store and two other men were shot elsewhere in the city.

Fierro said 10 suspects had been arrested.

Information from the Associated Press was used in this report.