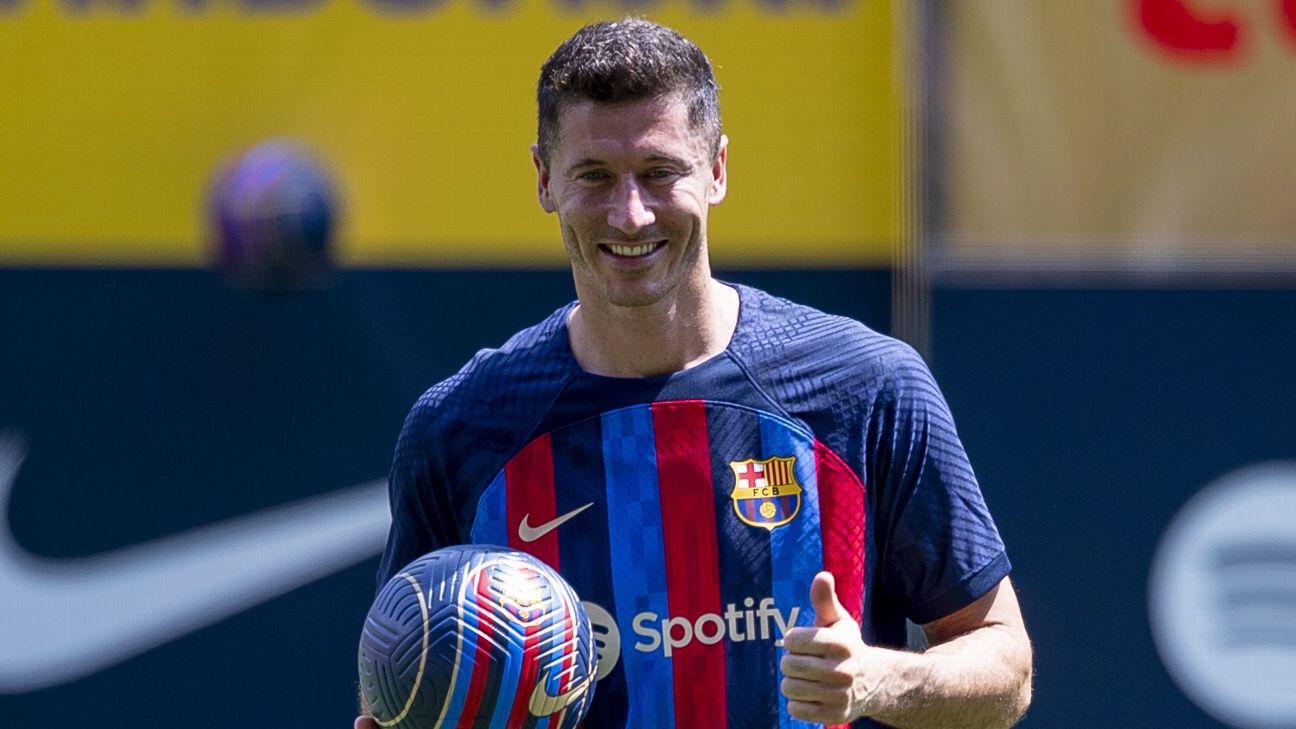 Barcelona have finally managed to register most of their summer signings ahead of the start of the new LaLiga season this weekend, with only Jules Kounde still to be registered.

Xavi Hernandez’s side kick off their season against Rayo Vallecano at Camp Nou on Saturday, but the build up to that fixture has been dominated by the club’s race against time to get all their new arrivals registered.

– Stream every LaLiga match on ESPN+ (U.S. only)
– LaLiga team-by-team preview: Can Barca return to top?
– Notebook: Barca not only LaLiga club with registration issues
– Don’t have ESPN? Get instant access

Barca have spent over €150 million this summer on Robert Lewandowski, Raphinha and Kounde, while Andreas Christensen and Franck Kessie both arrived on free transfers.

Prior to Friday, however, none of them had been registered with LaLiga due to the league’s strict financial regulations.

The new contracts agreed by Ousmane Dembele and Sergi Roberto had not been signed off by the Spanish league either and they, along with Kounde, must still wait to see if they can be registered in time for Barcelona’s season opener.

Barcelona were finally able to register Lewandowski, Raphina, Christensen and Kessie on Friday following the sale of another 24.5% of Barca Studios.

Barca’s summer spending has been funded by the sale of club assets, with each deal dubbed a “financial lever” by president Joan Laporta.

They sold 25% of their domestic television income for the next 25 years to Sixth Street in two separate packages worth €511m in total. They then sold 24.5% of Barca Studios to Socios.com for an additional €100m.

However, despite raising over €600m, Barca were told by LaLiga last week they would need to sell more assets — or further reduce their wage bill — to be able to register all their new signings.

On Friday Barca, whose gross debt still totals over €1 billion, closed a deal with Orpheus Media to sell off another 24.5% of Barca Studios for €100m.

Meanwhile, they are also re-negotiating Gerard Pique‘s contract with the defender to create further salary space.

All Spanish clubs must adhere to a spending cap for the season, which includes money spent on wages and transfer fees, which are amortised over the length of the contract.

The cap is loosely a club’s revenue minus outgoings and debt repayments and is applied prospectively. Barca’s cap was -€144m at the end of last season, the only negative limit in Spain, but it will rise significantly following the four financial levers triggered this summer.

Barca are not the only club having problems registering their players with LaLiga. Real Betis still have a handful of players not yet inscribed for the new season, while other clubs, including Sevilla, Celta Vigo and Girona, have had to wait until this week to register their summer activity.