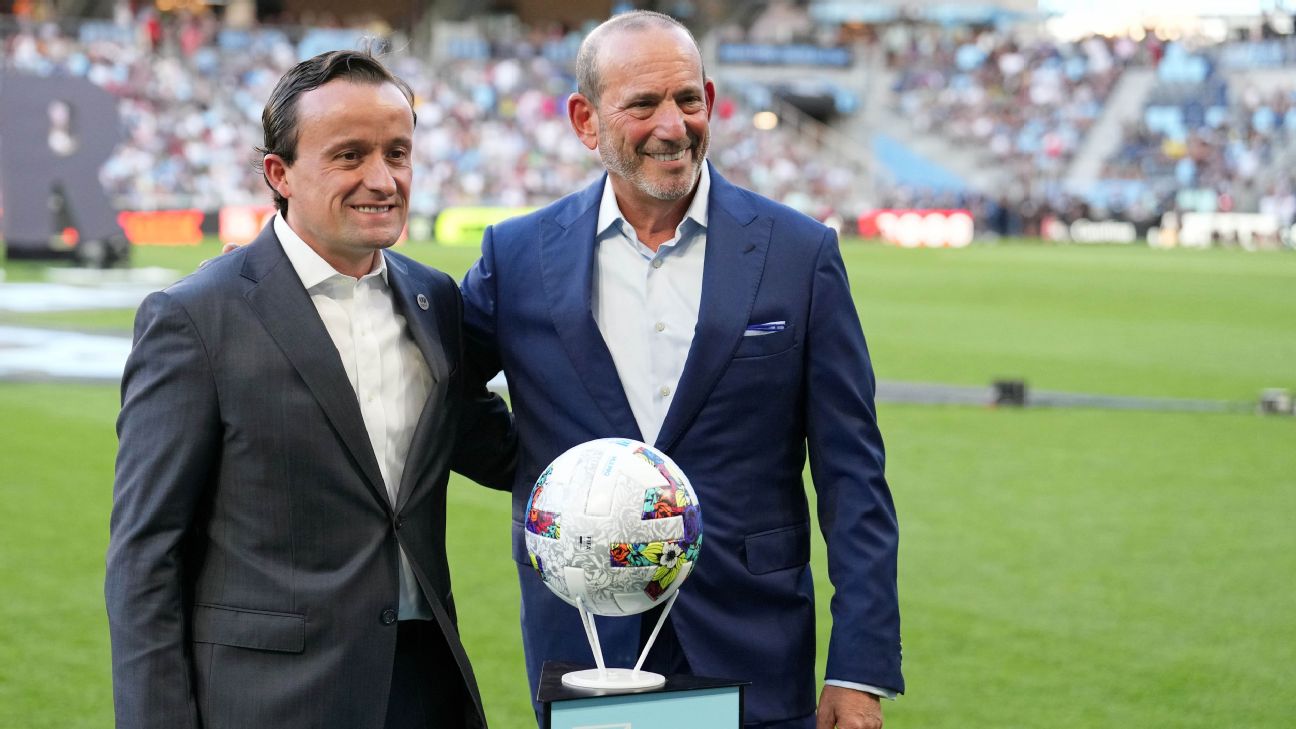 Major League Soccer commissioner Don Garber said on Wednesday that Liga MX might not be involved in next year’s All-Star Game.

“I’m not sure we need that for our All-Star Game [in 2023],” Garber said at Wednesday’s MLS All-Star Game against Liga MX. “You’ve got Campeones Cup coming up in September in New York City. So we’ll see what next year in Washington D.C. looks like when D.C. United hosts, but you know, I’m not quite sure.”

Thanks to goals from Carlos Vela and Raul Ruidiaz, the best in MLS earned a 2-1 win over their Liga MX counterparts at Minnesota United FC‘s Allianz Field. The result marked a second consecutive victory for MLS over the Mexican league after previously defeating them on penalties in the 2021 edition. The MLS All-Star Game — an annual tradition since 1996 — has typically involved East vs. West intraleague games or matchups against European clubs before settling on an interleague exhibition against Liga MX over the last two years.

Despite Liga MX being left out of the 2023 edition — which will be hosted on July 19, at D.C. United’s Audi Field — both leagues will continue to collaborate in competitions like the Leagues Cup and Campeones Cup. Garber noted on Wednesday that there is a “focused strategic partnership with Liga MX” that will try “to build CONCACAF into being one of the dominant confederations in the world.”

On Sept. 14, current MLS Cup champions New York City FC will host Liga MX’s defending champions Atlas in the 2022 Campeones Cup. Beginning next summer, the Leagues Cup will expand to all Liga MX and MLS clubs in a month-long tournament. The top three finishers in the intercontinental club competition will earn spots in the CONCACAF Champions League. Earlier on Tuesday, Liga MX president Mikel Arriola told TUDN that the current plan is to have 77 games in 15 venues for the 2023 Leagues Cup.

Last week, both Liga MX and MLS took part in a preview for the expanded tournament with a “Leagues Cup Showcase” double-header, pitting the LA Galaxy against Chivas and LAFC taking on Club America at SoFi Stadium in Los Angeles. In front of a crowd of more than 70,000, the Galaxy beat Chivas 2-0, while America got the better of LAFC in a penalty shootout.

“The other night was amazing, 70,000 people at SoFi Stadium,” Garber said about the friendlies. “You’re going to see the launch of that [expanded Leagues Cup] in 2023. It’s going to be just transcending what anybody ever expected.”

Liga MX’s Leon are the current title-holders of the Leagues Cup, last played in 2020 with eight-teams taking part in the second edition.