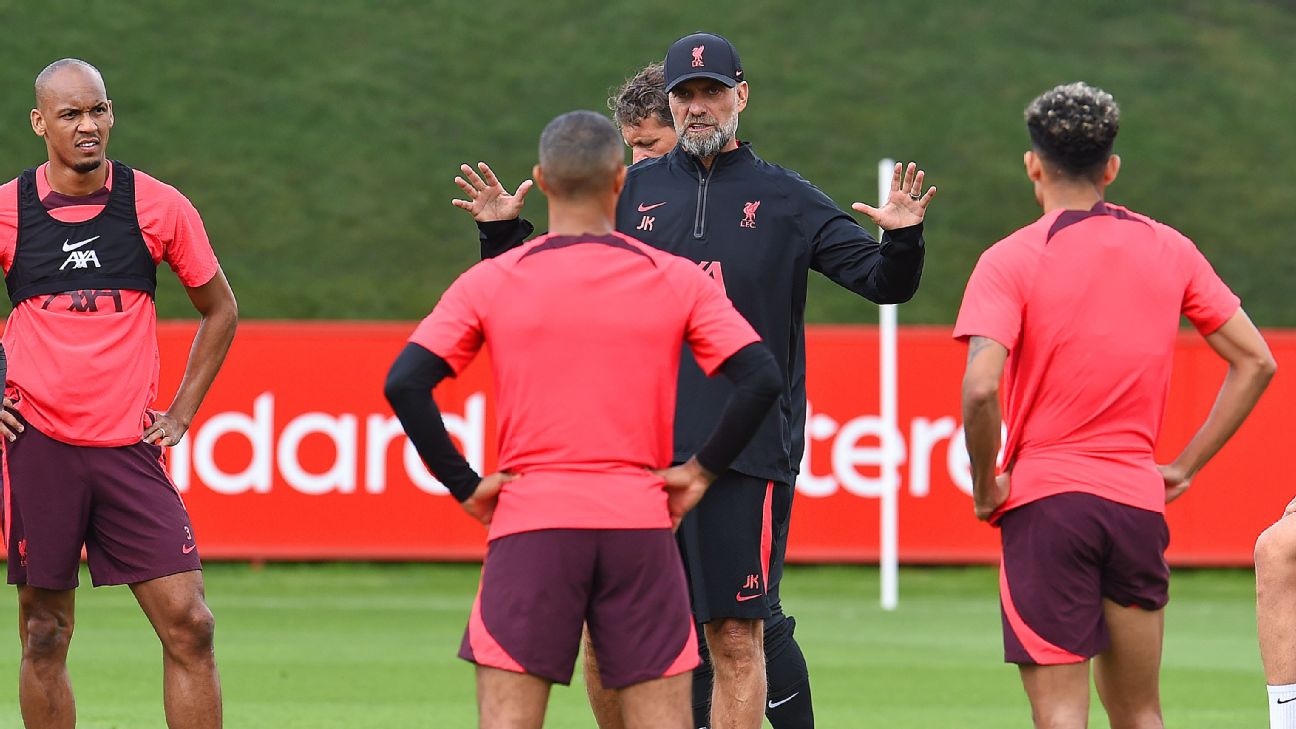 Liverpool manager Jurgen Klopp has said his side will not make more signings for the sake of replacing injured players.

Klopp’s side have signed Darwin Nunez from Benfica, attacking midfielder Fabio Carvalho from Fulham and right-back Calvin Ramsay from Aberdeen this summer, but they have also been hit by injuries.

Diogo Jota, Ibrahima Konate and Kostas Tsimikas are just some of the players on the sidelines for Liverpool, but in a news conference on Friday Klopp said he would not be rushed into making any signings to cover for those absences.

Liverpool get their Premier League campaign underway with a visit to newly promoted Fulham on Saturday lunchtime.

“We have too many injuries, that’s true,” Klopp said. “But nothing has changed [in terms of new signings]. Unlucky situations. We started with Diogo getting a re-injury.

“Kostas was unlucky in a training situation. He might be ready to train next week which is helpful. Ibou [Konate] in a challenge v Strasbourg, we have to see how long it will take but he’s out for a while.

“We cannot solve the problems we have with a transfer. At the moment it makes no sense to us. But the transfer window is still open and we will see.”

There was some good news for Klopp, however, as he confirmed that goalkeeper Alisson is fit to start against Fulham after missing much of preseason with an abdominal muscle problem.

Klopp also said he expected midfielder Naby Keita to return to training on Friday after missing Liverpool’s friendly against Strasbourg due to illness.