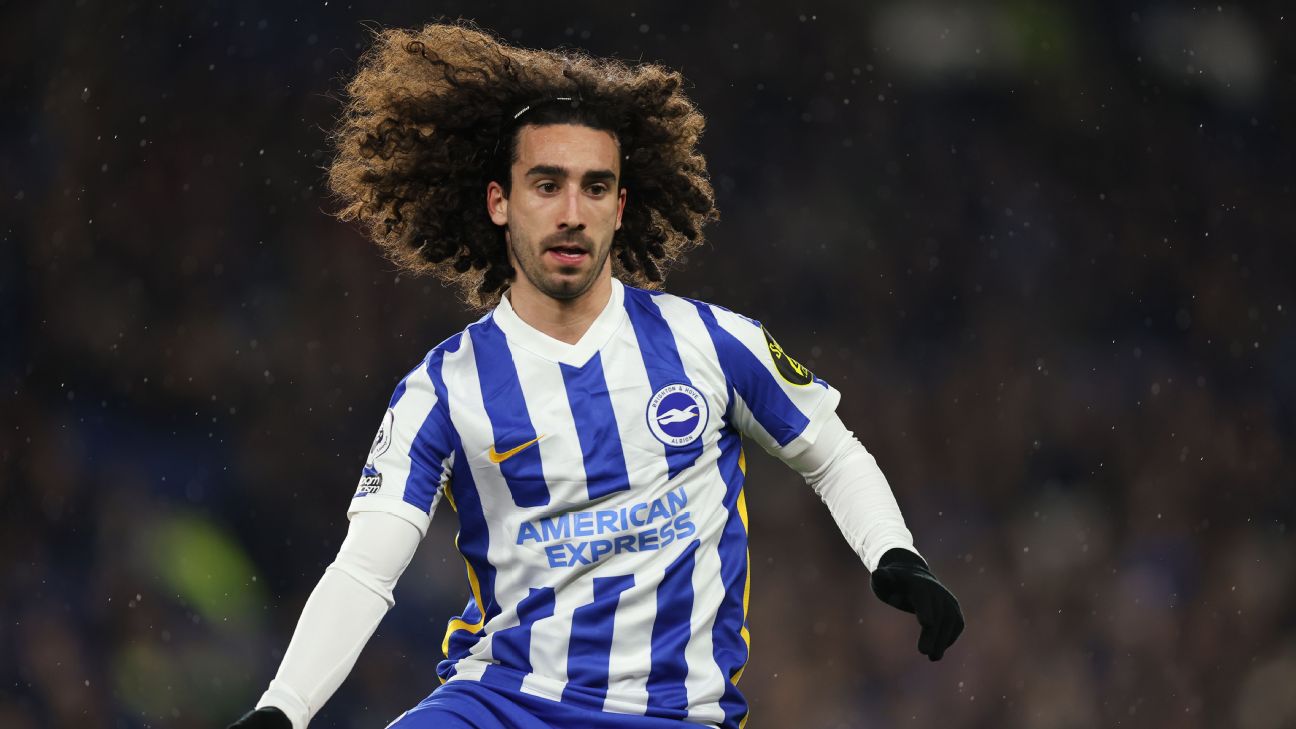 Chelsea have signed Marc Cucurella from Brighton and Hove Albion, it was announced on Friday.

Cucurella joins Chelsea in a deal worth an initial £56m with a possible £7m in add-ons.

Cucurella, 24, was wanted by Manchester City and Cucurella handed in a transfer request but the two clubs couldn’t strike a deal, with Brighton standing firm on a £50m valuation for the left-back. The deal stalled, as sources told ESPN that City weren’t willing to pay the asking price for the transfer, allowing Chelsea to battle for his signature.

Sources told ESPN that City were only interested in signing the Spain left-back if the asking transfer fee was lowered to £35m.

Throughout the transfer window, Thomas Tuchel has looked to bolster his defensive options with Antonio Rudiger and Andreas Christensen joining Real Madrid and Barcelona respectively. Chelsea wanted to sign Matthijs de Ligt and Jules Kounde, but the two defenders opted to move to Bayern Munich and Barcelona.

Cucurella, who won Brighton’s player of the season award last season, played 38 games during his one year stay with Graham Potter’s team.