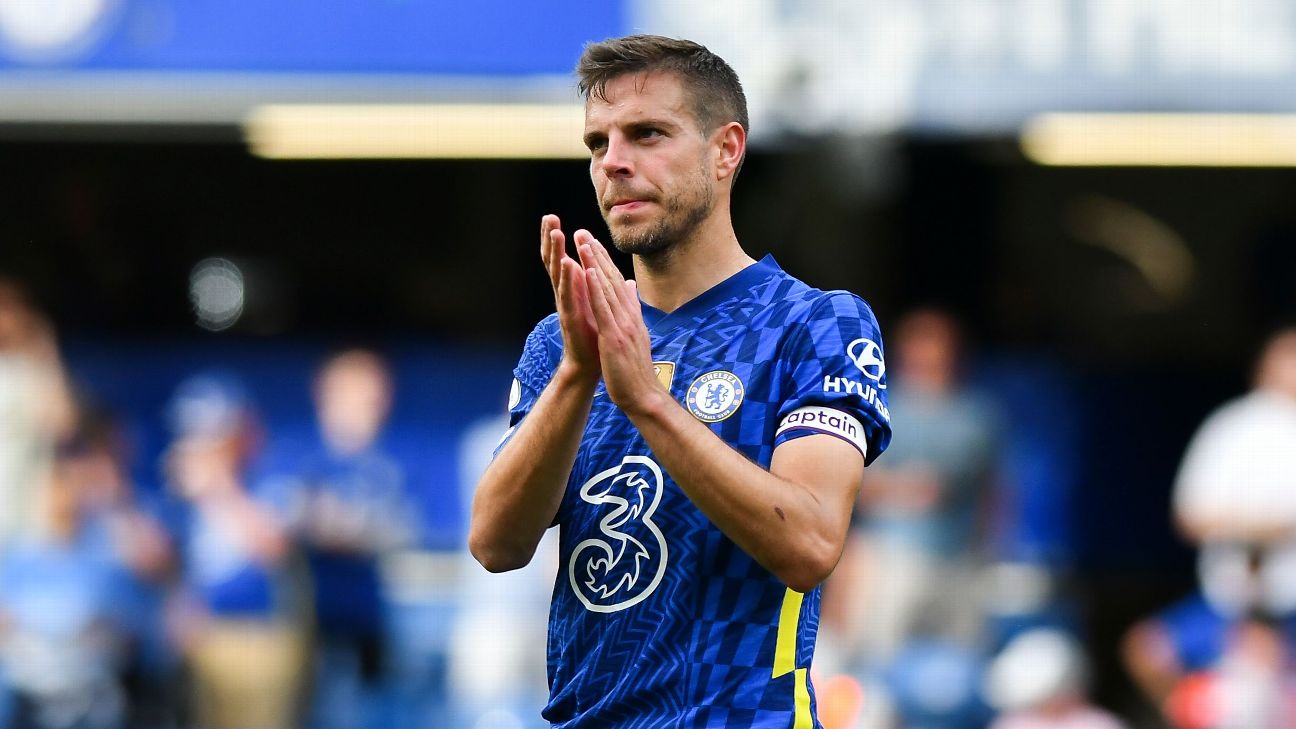 Cesar Azpilicueta has decided to snub Barcelona and extend his contract at Chelsea for another two years, the Premier League club confirmed Thursday.

Sources told ESPN that the Spain international reached an agreement to join Barcelona a few months ago but negotiations between both clubs stalled more than expected and Azpilicueta has opted to stay at Stamford Bridge.

The 32-year-old wanted to resolve his future before Chelsea’s Premier League opening game at Everton on Saturday. He has already informed Barca of his decision and signed a contract extension with the London club for the next two seasons.

“I am really happy to extend my stay at Chelsea, my home,” Azpilicueta said ion Chelsea’s announcement. “It is almost 10 years since I first arrived and joined the club so I really feel the love and I am really excited for the new project we have in our hands.

“I would like to say thank you to [chairman and co-controlling owner] Mr Todd [Boehly] and [co-controlling owner] Mr Behdad [Eghbali] for giving me the opportunity to keep my journey at this amazing club and I am really looking forward to continuing our adventure. I am a really proud captain and I hope we can share many good memories together.”

Sources have told ESPN that manager Thomas Tuchel wasn’t keen on letting his captain leave this summer and new owner Boehly stood by his wish.

According to sources, Tuchel sees Azpilicueta as a key member in the dressing room and his presence brings stability amid upheaval at Chelsea in recent months.

“We are so happy that Cesar is staying at Chelsea for a minimum of two more years,” Boehly said. “We are thrilled with our captain showing his exemplary commitment and leadership yet again. There is still so much to do together.”

ESPN reported in November that Xavi told Barca to sign Azpilicueta to strengthen his defensive options.

Barca obliged and reached a verbal agreement for the defender to move to Camp Nou as a free agent. However, an appearance-related clause triggered an automatic one-year extension for the player at the end of the season.

Xavi was so interested in bringing the defender to the club that Barca were ready to pay a small fee to Chelsea to sign Azpilicueta. But the LaLiga giants prioritised other signings and decided to delay their pursuit of Chelsea’s captain.

Barca have already signed Jules Kounde, Robert Lewandowski, Pablo Torre, Franck Kessie, Andreas Christensen and Raphinha but are still working on ways to register all of them without surpassing LaLiga’s salary cap.

Barca president Joan Laporta is confident that the club will be able to register the players and the plan was to sign Azpilicueta and fellow Chelsea teammate Marcos Alonso once their financial situation has improved.

Meanwhile, ESPN recently reported that Barca were ready to listen to offers for United States international Sergino Dest in order to make space for Azpilicueta but the defender grew tired of waiting and decided to continue his career at Chelsea.

Information from ESPN’s James Olley was also included in this report.